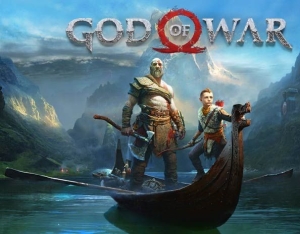 Today I’ll be ranting about the very popular action-adventure God of War game that came out this spring. It was developed by Santa Monica Studio and published by Sony Interactive Entertainment.

The story revolves not only around Kratos but his son, Atreus, as well. Their story starts with the game trying to pull at your heart-strings by showing the Krato’s new wife’s funeral. Sad, right?

I swear this man can’t have anybody without them dying on him for some strange reason. Speaking of strange reason, the game never reveals how she died. Was she sick? Did someone kill her? Was it some kind of freak accident? Or was it her time because this was dated back in the days where everyone didn’t have access to medicine, treatments and all that? I guess we’ll never know.

I have my own theory about why and how she died, but if I would to get into that I would have to spoil a couple of things for the people who haven’t played this game yet. It’s a big reveal about who she was which is why I’ve decided not to talk about it this time. 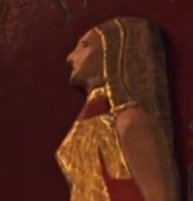 Moving on with the father and son duo, so before she died she told them to spread her ashes at the top of the tallest mountain in all the realms. Set out to do just that the duo head on their first journey together towards the mountain. Now for anyone whose played a God of war game in the past knows that Kratos is a badass and can take care of himself, but now he has a child with him that has never left the forest and is about to see a lot of different things.

At first, Kratos tries to make this boy grow up fast because he really doesn’t know how to parent. He pretty much left that up to the wife almost the whole time, but as time goes by in the game you see them get closer and closer. It’s really heart warming to see the bond between father and son get stronger and stronger.

Some people who I’ve watched play the game get upset about his new fighting style because they were so used to one way that Kratos fights and that’s okay. Don’t worry guys, his fighting gets better. Trust me! 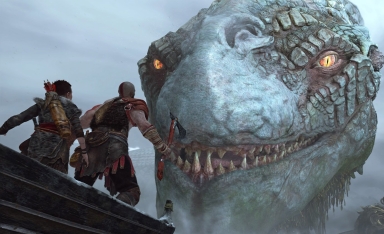 Also, I wanted to say that some people are basing off what they know about Norse mythology from Disney and Marvel movies. That is a NO NO! Let me explain, when certain people saw certain things happen with the Norse gods in the game they get confused about why this and that happened when in the Marvel movie it was totally different. You have to understand that the way the Marvel movies made the gods out to be isn’t the same as the real story behind it. They just picked and chose certain details that they thought would be interesting or better yet make them as close as the comics as possible. So, you have to read the actual lore in order to get some things that happened in this game. If you don’t want to that’s fine, too.

Glad to get that off my chest. I know I went a little off topic there but that’s okay. This game’s graphics and storyline go beyond its previous standards and if you’ve seen the ending then you already know that theirs another God of War game already in the woodwork for our enjoyment. Now, this is just my opinion but I think this next game will be its last and I’m just going off what I’ve seen in the game. If you like adventure, action, gore or fantasy then this game is for you! See you next time!