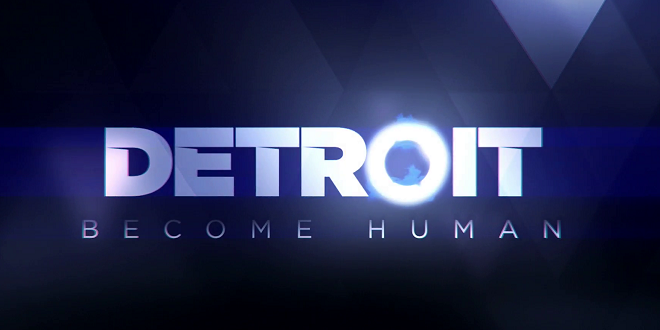 Have another great game to tell you all today. It is called, ‘Detroit: Become Human’ which was developed by Quantic Dream and published Sony Interactive Entertainment. It is one of the newest and popular games that is causing a buzz in the gamer world where your choices decide how the story plays out. I became extremely excited to get my hands on this game after playing the demo.

Let me get into the meat of the story, its revolves around three different androids with the names Markus, Kara and Connor. Markus is an android that takes care of an old kind-hearted man who is a world-renowned artist. Kara is an android to be a maid and caregiver to Todd and his daughter, Alice. Connor is the first ever detective android that was sent by Cyberlife to find the cause for the growing reports of deviants appearing not only in the city, but all over the world.

Deviants is the name given to androids that have malfunctioned and have started to express emotions and thoughts on their own. The humans become scared of this problem in the androids because they don’t know the cause and aren’t sure what would happen if their android suddenly turned and decided to no longer take orders from their owners. After, playing this game it reminds me so much of what happened in the past when their were people owning slaves. The only differences between the two is that it’s not about different colors, but a different species and that it has a modern touch to it, as well.

This game will tug on your heart in so many ways that you won’t know what emotion to feel anymore. You’ll find out that if you don’t think fast enough, you could make things go terribly wrong for yourself very fast in this game. Speaking of thinking fast, I recommend you enjoy the intense stress that is sure to come while playing this game and make spot on decisions instead of pausing the game so you could ‘stop and think about it’. Its way more fun that way in my opinion.

I’ll say that you don’t get the outcome that you’re looking for then don’t fret. You can always go back later and change things to get a different ending and there are so many paths that you can choose from that it’ll make your head spin! I suggest that you go through the game once without going back, so you can experience everything with your honest choices. I really, really enjoyed this game and I hope that they’re already in the woodwork to make another just as good or even better.