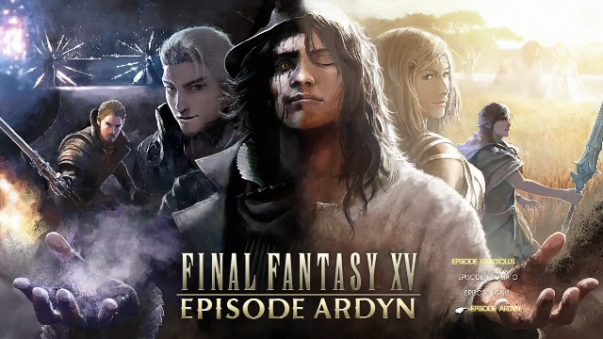 Welcome back, everyone. Today I’m going to be talking about the long-awaited, ‘Episode Ardyn’ dlc for the Final Fantasy 15 game. This dlc is the final character dlc for the game and it was released on March of 2019. This dlc was supposed to come out back in 2018, but the game developers decided to postpone its release for various for several reasons.

Obviously, this dlc revolves around Ardyn who we meet in the main game of Final Fantasy XV. This episode finally reveals to the long-awaited story of Ardyn’s past and how Ardyn becomes the frightening and cruel demon god that we all love and hate in the main game. I’m not going to spoil what happens in the dlc. If you want to know what happens then I suggest that you either play it or watch it.

If you would like to see what happens in Ardyn’s episode then click on the link down below.

Playing this dlc was really easy whether you choose easy or normal difficulty. I think the reason behind it is because of Ardyn’s character. In the first battle in the game, he was really weak for obvious reasons but after that your pretty much invincible in combat. It makes a lot of sense when you think about it considering that your playing a demon god who can’t die no matter what you do to him.

With that being said, I can’t really say if having items available like potions, high potions, etc was really necessary only because it was really, really hard to die in the game. Also, Ardyn tends to drain his enemies of health while fighting if he happens to spot a weak point (like a vampire). If you used potions for anything it was just to make sure the enemy didn’t make that final blow when his HP hits zero.

I loved Ardyn’s back story a lot. I knew the moment I saw him; he was a super complex character and when the truth was revealed in the dlc I was not disappointed. After, I was done playing it I didn’t know if I should love him, hate him or pity him because this man gets the short end of the stick the entire time. Knowing his side of the story, could you really blame Ardyn for doing what he did?

That’s one of the big questions running through my mind and anyone else that’s played the game. As I’ve said before it’s almost impossible to die in this game so rpg players of any level can play this dlc with no problems. The in game graphics, storyline were on point and we meet some intriguing characters and you can really see how everything is connected to one another to the main game especially if you’ve already played the previous episodes already. Can’t wait to see what they bring to the table next. Until then, I’ll be patiently waiting and whether you decide to play it or watch it I hope you enjoy it was much as I have.