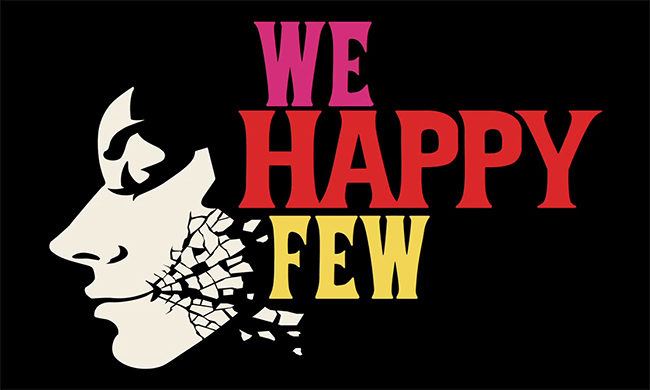 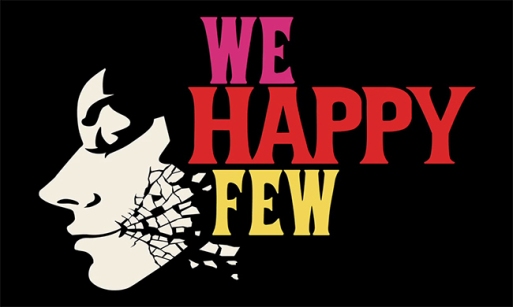 Told you this my next post wasn’t far behind. Alrighty then, let’s get into the meat and potatoes now.

This time around I’ll be talking about one of the new games that’s come out recently called,” We Happy Few,” a action-adventure game that was developed by Compulsion Games and can be on your pc or console. I heard a little about this game and when I got to see the trailer I knew I had to see more.

This centers around Arthur who from the looks of things is responsible for helping his company control the news to the public. According to the story, the United Kingdom lost the war to the Germans in an alternate universe where the Americans didn’t join in the war as the United Kingdom’s allies. One of the demands that the Germans made when they won the war was from them to give up all of their children for whatever reason.

They had no choice but to obey so they sent every child under 13 on a train to Germany. One of those unfortunate kids ended up being Arthur’s younger brother, Percy. As time went by the citizens of the United Kingdom slowly grew insane with guilt for what they’ve done to save their own skin, so they let their government to order scientists to make a drug called, Joy. This drug does exactly what the name implies; it makes you so happy that its creepy. I wouldn’t be surprised if people under the drug suddenly broke a limb or witness someone die and wouldn’t care too much about it. Anyway, after this drug was made the government made it a law that everyone had to take this drug, NO EXCEPTIONS.

So, now everyone is super happy for no reason. What the government failed to mention to everyone is that in order for the drug to trick your mind that your happy is for it to erase your memories, so now no one remembers anything about anything. In the game Arthur mentions things they’ve forgotten like “No one remembers what they read” or “When do we start eating rats?”

Speaking of rats enjoy this reaction video of gamers reacting to one of the surprising and disgusting moments in the game down below:

Anyway, Arthur remembers his long-lost brother after all this time after seeing a picture of them together in a newspaper. He decides to stop taking his Joy and goes on an epic journey to leave the country in order to find his brother in Germany. Better said than done with this mission, no one can go out the country without the proper paperwork plus if someone in the game suspects you then your chases by an angry mob and if caught by the police they’ll shove Joy back down your throat.

As you play the game you start to notice lots of story based things going on in here. For example, the super elite higher ups aren’t on Joy and that some people who you encounter in the game on missions are only acting like their on Joy all the time in order to avoid punishment.

The gameplay is really good and has a bit of a BioShock feel to it. The storyline is really interesting and so are the characters that you encounter in the game. I’m not going to ruin what happens at the end, but for me I was kind of disappointed because it’s not the good ending that I wanted to see, I just expected more and it leaves more questions than answers for me, at least. Still doesn’t stop me from saying that this was a really good game and if you like action, adventure, survival or a game with an awesome storyline then this is the game I would consider trying out.