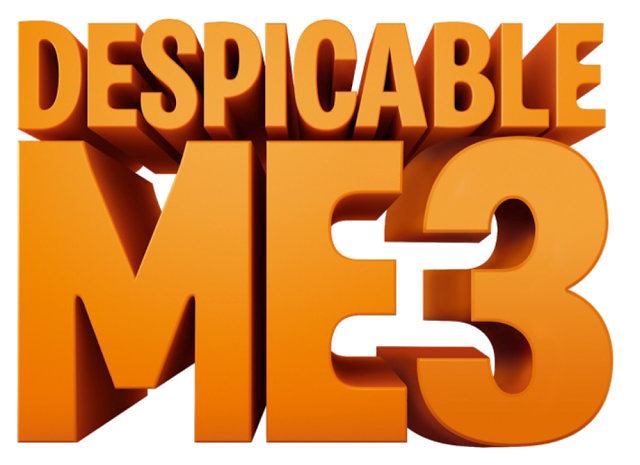 Once again another Despicable Me movie has come out for our enjoyment. This one is about Gru who not only gets his wife and himself fired for the secret agent organization, but learns that his father that he thought was dead recently passed away and that he has a twin brother.

I thought it was hilarious to find out how good his twin, Dru has it. He’s rich, lives in a mansion, everyone loves him and he has a full head of hair. Instantly, Gru was jealous of him because of everything he had , but learns to get over it. Also, he learns that being a villain was part of the family business and that Dru has absolutely no talent being evil and wants Gru to help him channel his inner evil.

While that’s all happening Lucy is trying to have mother/daughter bonding time with them. I think my favorite part in this is when Margo unknowingly is forced to participate in a local village ceremony that leads to this poor boy thinking that he and Margo are engaged. Rule # 1 of traveling is never participate in foreign activities that you don’t know all the details to.

The part where the boy gets rejected and is super dramatic about it is the funniest thing ever. I watched that one scene three times over.

I feel like this is going to be the last Despicable Me movie because I don’t think they can drag it out anymore than they’ve already have. It was a fun ride while it lasted and it’s always funny to watch the minions be stupid about something. I really enjoyed these movies.