The Corpse Party anime series and previous games are becoming increasingly more popular as time goes by. It’s so popular that I can’t see this series dying any time soon. So, without further ado, I would like to talk about one the most recent game in the series, ” Corpse Party: School Edition”.

If I had to give this game a nickname it would the “Filler Edition”, the reason being that it’s the same exact game as the first Corpse Party, but only this time they explain the missing holes that the first one left this time. Things like what happened to Kishinuma after he got knocked out by zombie teacher. How did he not die? How did he escape? And so on and so forth.

These types of things got on my damn nerves because the first game wouldn’t even hint at what could have happened. It was they were saying,” Well, they made it out alive and that’s all that matters. Don’t sweat the details!” No! I will sweat the details because I don’t know about you guys, but not knowing certain details or all the details when it comes to the storyline is a bit of a pet peeve of mine. So, when they finally brought out a game that will reveal all those mysteries, I was super happy about it. 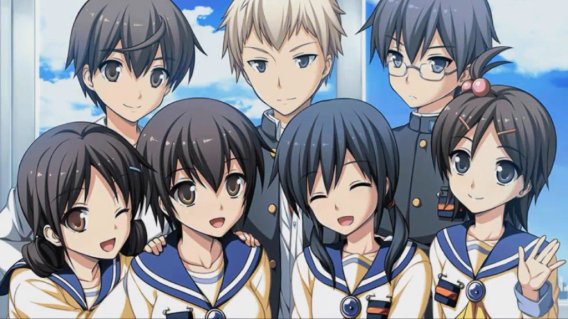 The gameplay and graphics are pretty much the same as the first (besides the fillers), so if you’ve already played the first one and don’t mind playing it again then you have the advantage because you know almost everything that happens in the game. If you’re not in this fortunate position and are about to play Corpse Party for the first time, then you’re in for a ride. But, if you’re not into horror/RPGs then this might not be for you. I enjoyed watching the mysteries unfold and I thought it was totally worth playing this game all over again. I hope you all feel the same after playing the school edition.