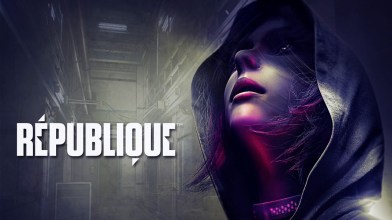 Republique was developed by Camouflaj and Logan Games. This game was good but was very similar to another game that I’ve played a while back called Thief and if you’ve played Thief then you know what I’m talking about.

Where your sneaking around almost the entire time, trying to find where to go next and only attacking when you get caught sneaking around and all that. Those traits were the same but Republique  was like the futuristic, sci-fi version of it with a different storyline and characters. The main character being a woman named Hope who was saying that people are trying to find her so they can erase her. At first, I thought she was talking about people trying to kill her but no. She literally meant erase as in wiping her memory of not just recent events but of everything about her, too.

In the game we control her and the mysterious person behind the cellphone that she keeps talking to. Our job is to help her get out of the prison city called Metamorphosis and along the way we discover how evil and corrupt the people that hold Hope there are. Hope’s character kind of pissed me off sometimes just because the way she acts during some situations. At the same time, I can understand why she is the way she is. The rest of the Pre-Cals and herself (that’s what there called) were pretty much sheltered and never got to see the rest of world, so common sense doesn’t come into play when comes to her making decisions and stuff which is why I regret pressing the ‘let Hope decide’ button when it shows up some times.

What really got me though was the ending. I always say this but I’m not going to spoil it for the people who haven’t played it yet. But, I was really pissed off at what she ended up doing in the end but at the same time I can understand so it makes me frustrated. So, for people who have played and watched the ending let me ask you, did she make the right choice?

We mess with a lot of people in this game which I enjoyed and if you into game like Thief where you sneak around and cause mischief then this is for you. But, if you don’t have not one patient bone in your body then your most likely going to get bored or get so frustrated that you end up throwing the controller across the room and into your tv (that poor tv).