Hello everyone, I hope your having a wonderful day.

Today I’m going be talking about Atelier Firis which is the sequel game to Atelier Sophie, which came out in November of 2015. I really enjoyed playing the first game so much that I couldn’t wait to play the next one. A general summary of the game if your unfamiliar with the series is that your main character is an alchemist and your job is to collect items, ingredients or destroy monsters in order to create items using alchemy to help solve your or other peoples problems.

For this installment, your main character is Firis a shy, super good girl character who has an unique ability to find ore in mines. Her ability comes in handy since she lives in an underground city that only a select few get to go out or in. According to the story only certain people can go in and out the gate and for some reason Firis isn’t one of them whose greatest desire is to go outside the city and travel the outside world. But, no one (especially her parents) believes that she can go outside and survive long enough to tell the tale. Until she meets a certain someone who literally blows a hole in her world and gives her the tools to survive the outside world, so she can prove to everyone that she’s not a weak little girl to be coddled. 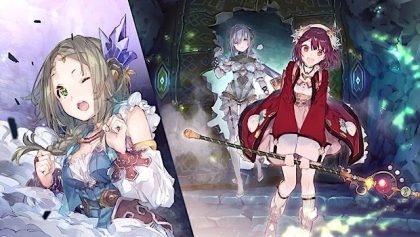 When I first played the game I felt like I was thrown back into my childhood because the graphics reminded me a lot of when I was playing video games on my PlayStation 2. It wouldn’t have bothered me if it was the same level of graphics from the first game which is wasn’t. The Atelier Sophie was way better graphic wise and I would like to think its because the first game’s release didn’t do so well as the developers hoped, so they had to cut the budget in certain areas. Even with that in mind, I simply am enjoying this game a lot so far. The story sucks you in to a point that you can’t wait to see what will happen next that something like how good the graphics are doesn’t even matter anymore.

I would very much like to say that you can start any atelier game in the series without getting lost since each one has their own story, but when their are moments when other characters from the previous games pop in to say hi. It kind of makes you want to start from the very beginning of the series. So, you can fully appreciate what’s really happening when they appear, but that’s entirely up to you.

I’m really enjoying game and I hope you do too if your into adventure or rpgs with anime moments, but if your not that okay. I would definitely recommend this to beginner gamers because the controls are so easy to understand. But, if you prefer to watch the gameplay unfold then I’ll leave the a link to my gameplay at the bottom to watch to your heart’s content.

This game I ended up buying recently and I just wanted to try it out and see how it is. It called, “Atelier Sophie”, and it was developed by Gust Co. Ltd. I could right away from looking at the cover that this game was set in a gentler pace than what I was used to in RPG games, but I decided to give it a shot anyway.

It revolves around Sophie, whose a young girl who is a novice in alchemy and after her grandma’s death, she made it her life goal to become the best alchemist around so everyone can depend on her like they did when her grandma was still around. Right as she was working on that plan, she discovers a book she’s never seen before in her shop and it starts flying and talking to her! Plachta is what the book likes to be called and sadly she’s lost all of her memories of the last 500 years.

Sophie decides to help her regain her lost memories and in exchange Plachta teaches Sophie better recipes and skills for alchemy. As the story progresses, they find out that Plachta used to be a human and a very powerful alchemist. Also, she remembered that she was the creator of the “Cauldron of Knowledge”, which is a device that boosts a alchemist’s power or even let’s a person who has no talent in alchemy actually be able to use it.

When Sophie heard this she wanted to get the Cauldron of Knowledge in order to turn Plachta back into a human. Until then, she had to make due with making a doll for her in order to move around more. Here’s something else that I think Sophie should have also been thinking when she heard Plachta’s story after regaining some of her memories. If someone went to all the trouble of moving their soul into a random book and making sure that they lost their freaking memories, I would think that their was a very IMPORTANT reason for that, don’t you? No one just makes them have amnesia for nothing. Obviously, she either wanted to forget something so she wouldn’t be tempted to do it again or someone made her forget and could mean big trouble for Sophie if they happen to still be looking for her after all this time.

This girl is so soft-hearted that I can’t believe no one has come to swindle her yet in this game. It made want to slap her just to see if she would get angry or something. Personally, I don’t like Sophie’s character all that much, if you ask me. For an experienced gamer like myself, I’ve seen so many types of characters throughout different games with compelling backstories, emotional twists and watching character development throughout the story and other stuff, too. Sophie’s personality doesn’t seem to have that though.

So far, this girl has done nothing, but smile or be shocked, that’s it! If you watch her face you see that she still all smiles, even though, she’s thinking of something sad or something that makes her angry. It makes me think that all she can do is smile and nothing else. If they couldn’t do anything about her forever happy face, then at least make the story more in her favor. For example, she could be putting on a happy face all the time even in sad times because she still has hope in her heart that her missing dad or mom will come back home one day and tell everyone where she/he has been this whole time (both her parents are dead in the story by the way).  Something like that would have helped show her character in a different light than what I’m seeing. 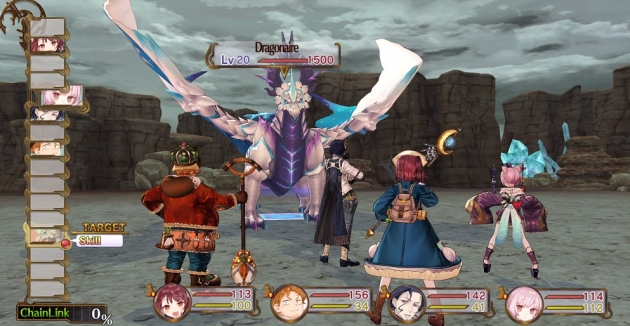 Other than that their nothing really wrong with the game. It’s definitely a game for beginners or for people who want a change of pace in gaming. This game can become very addicting if your one of those people who like to beat a game as fast as possible. Be prepared though, you will be running around a lot in this game. Enjoy!